Simpang Ampat 4 U - Your Business Junction 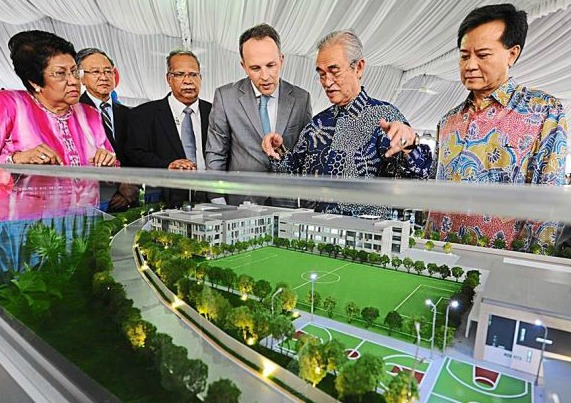 The Gems International School of Pearl City is a project undertaken by Gems Education and its local partner Maju Holdings Sdn Bhd via its subsidiary Gems Maju Sdn Bhd.

This is Gems Education’s first international school in Malaysia.

“It will have an initial intake of 300 pupils from kindergarten through to Year Nine under the tutelage of 30 education professionals,” he said at the groundbreaking ceremony which was performed by former prime minister Tun Abdullah Ahmad Badawi.

He said the school would cater to both local and international students from kindergarten to secondary education.

“We will offer a hybrid international and Malaysian curriculum including Bahasa Melayu, Islamic and Moral Studies, History, Art and Design, Music and Drama in a Malaysian context,” he said.

Collin said the company was also looking into building international schools in the Klang Valley, Johor Baru and in Sabah and Sarawak.